Jake’s grisly cinderblock throwing in Never Back Down.
Bruce Wayne fixing his broken back, with nothing but a rope and some pullups in The Dark Knight Rises.
That snow addled, woodchopping training montage in Rocky IV.

It’s undeniable that there are some epic training scenes in some of our favourite films and let’s face it, there are few better pre-workouts than watching Arnold Schwarzenegger compare bicep curls to sexual arousement.

Yet as truly inspiring these movie montages are, they all share one, unsettling truth.

Thankfully we’ll be assessing the flaws some of the cinematic legends, before letting you in on some of the main programming considerations needed to build a regime worthy of a true champion.

If you were to imagine a perfectly tailored training regime that’s going to prepare an athlete for the biggest fight of their lives; I can assure you, it would look nothing like Rocky’s.

Just like endless kettlebell swings and monkey bar climbing wouldn’t set you up for a win in an MMA cage.

Sure, shoulder pressing a cart full of your coaches looks badass, but sadly that’s no compromise for the specificity of exercise selection.

Now usually I wouldn’t have a problem with this sort of thing, after all there are far more unbelievable plot lines that happen on the big screen.

The issues arise however, when these epic montages that are portrayed as gruelingly effective training methods, are replicated in a commercial gym environment with the expectation of champion-like results.

As visually pleasing as they are, they very rarely exhibit any kind of training specificity, ignore nearly all of the fundamental principles of sports conditioning and load the body in inefficient ways.
So if you were considering chasing a chicken before pumping out press-ups til you collapse whilst chugging a couple of raw eggs; unless you’re training for some sort of farmyard roundup competition, don’t do it.

The main issues with adopting a hollywood-esk gym regime are two fold, let’s take Rocky as an example.

Not only this, but the relative lack of load featured in many of his films and focus on high repetition, isolated exercises, such as inverted situps, are vastly inferior to appropriately loaded compound exercises. 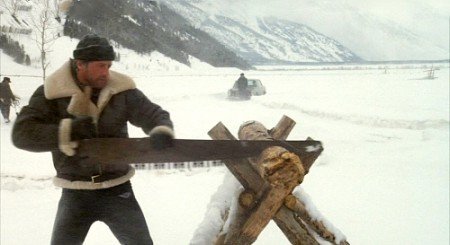 Are you even “functional”? Rock was years ahead of the concept.

Secondly, nearly all of his workouts result in a state of near exhaustion. When looking at peaking for performance, ability to recover from sessions plays a huge roll. If Rocky gets carried away, endlessly sprinting up that snowy cap after chopping logs for hours upon end, he might not be in a fit state to train as effectively the next day(s).  Similarly, this ties in with muscular hypertrophy.

Intensity (or volume) vs frequency is a tradeoff that needs to be considered when training for muscle gain. You could annihilate your legs in one session for instance, but if the resultant DOMS (delayed onset muscle soreness) is so severe that you can’t train them for a week afterwards, is it an effective strategy for increasing total volume of load throughout the lower body?

A great analogy to use here is this. Imagine you’re on holiday, lying on a beach, drinking a mojito or two and trying to catch a tan (stay with me here). Would it be more optimal to sunbathe several times per week for a short amount of time and gradually build up a tan OR spend one full day of sitting in the sun and acquiring a lobster-esk glow?

The same principles apply when it comes to weight training. Frequency versus intensity. Would you be able to achieve greater volume across the week through one big session, or several less intense sessions?

It would seem, that Rocky’s training programme was far from optimal. Even the people’s champion makes mistakes.

So despite what every action movie you’ve seen in the 80’s has told you; high intensity, high capacity workouts aren’t necessarily the most effective way to train.

So what should we be looking out for in a program? How do we identify the good from the bad, to the plain ridiculous when we want to pack on the pounds?

Luckily, despite the methods being many, the principles to muscular hypertrophy are few.

Specificity:- Quite simply, specificity is the principle of sports conditioning that dictates training should be as relevant as possible to the chosen sport in order to achieve the desired training effect.

A sprinter, for instance, would utilise a mixture of track work with periodised resistance exercise focusing predominantly on strength and power.

A boxer on the other hand might opt for a mixture of aerobic and anaerobic training, utilising both circuit training and strength work in order to account for the need for varying energy systems in the ring. More than likely, the logs would be left alone.

This principle doesn’t need to be applied to purely sport specific regimes. When looking at developing muscle mass for instance, specificity in a program might dictate which areas of the body need more attention than others.

..Just try not to completely change the programme bias to your biceps.

Progressive Overload:- Progressive overload essentially refers to the gradual increase of stress upon muscles over time. This could be by increasing the working weight in a set, increasing the amount of reps in a set or simply having a more productive session week on week.

In total there are about 12 different ways we can achieve progressive overload ranging from increasing session density (decreasing rest times) to manipulating the range of motions in exercises.

The most popular and easiest to implement however is increasing weight on the bar week on week. This forces the working muscle to continually adapt by adding increasing stimulus.
We’re going to want to make sure we track each weight and the amount of reps performed we use every session so we can attempt to increase the next time round and adhere to the principle of progressive overload. 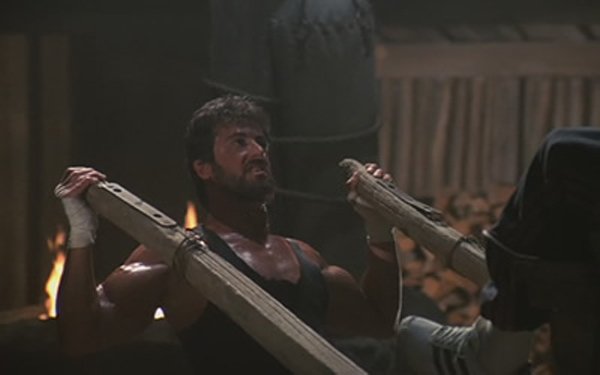 If you’re adamant on re-creating Rocky’s regime, try keeping track of how many persons you’re pressing per horse cart.

Volume:-  Volume is another important principle of hypertrophy. Just as progressive overload continually adds load to the working muscle, volume dictates how much and how often this is applied.

Volume is by and large the most researched variable in hypertrophy literature and high volume training has been found to have big correlations with hypertrophic gains. One of the reasons bodybuilders have such success in their training is often down to the high amount of volume involved. There is of course controversy however with the abundant usage of AAS (anabolic androgenic steroids) in the sport thus allowing much shorter recovery periods in order to deal with such a heavy workload. Though even that didn’t seem to help Ivan Drago much.

When examining the benefits of single sets versus multiple sets in a program, the majority of the evidence supports multiple sets and higher volume work thus allowing more mechanical tension per workout. (1)

The take home points are that higher volume has been found to induce greater gains in hypertrophy if adequate periods of recovery are given. Sun tan, not sunstroke.

Rest:- The final consideration we’re going to examine is the amount of rest time we should allow in between sets. Typically we find two schools of thought on this topic based on metabolic stress and then performance output.

Advocates of shorter rest periods in between sets claim that decreased recovery time allows for greater increases in blood pooling, lactic acid build up and that “pump” sensation thus leading to greater metabolic stress, which is a precursor to hypertrophy. (2)

The opposing side of the fence argues that in order to perform efficiently during the working set and progressively overload by continually adding weight on the bar or increasing amount of reps in a set; adequate rest time is vital.

If we were to look at rest timings pragmatically however, it is logical to give ourselves enough time to recover in between sets so as to work at a higher intensity during the working set.

Shorter rest times equate to a lower rate of recovery which might lead to reduced working weight or reps thus reducing the amount of volume in any given exercise.

Who knows which tactic Rock took to his rest timings? If I were to hazard a guess though – I’d argue he was more of a non-stop, rest when you’re dead type of man.

Despite the necessity of progressive overload, importance of volume and choices surrounding rest intervals, the most important things to consider when designing your own training regime is this; personal preference.

If you pick a programme that’s too demanding on either your schedule or your body, the exercises aren’t right for you or you simply don’t enjoy it, you’re unlikely to stick with it, making all of the training methodologies in the world a moot point.

Create something that you enjoy, is progressive and sustainable on the other hand – and you’ll have built yourself your very own champion training programme. Maybe if Rocky spent a little bit more time researching like you have, and less time getting punched in the face – he might not have lost to Mr T in Rocky III.

…Although he did end the cold war. That’s gotta count for something.

Owen is the owner of OHF-Personal Training, a fitness practice based in the city centre of Oxford, England. Using evidence based protocols and tailored training systems, OHF focuses on sustainable, lifestyle changes that go beyond the gym floor.