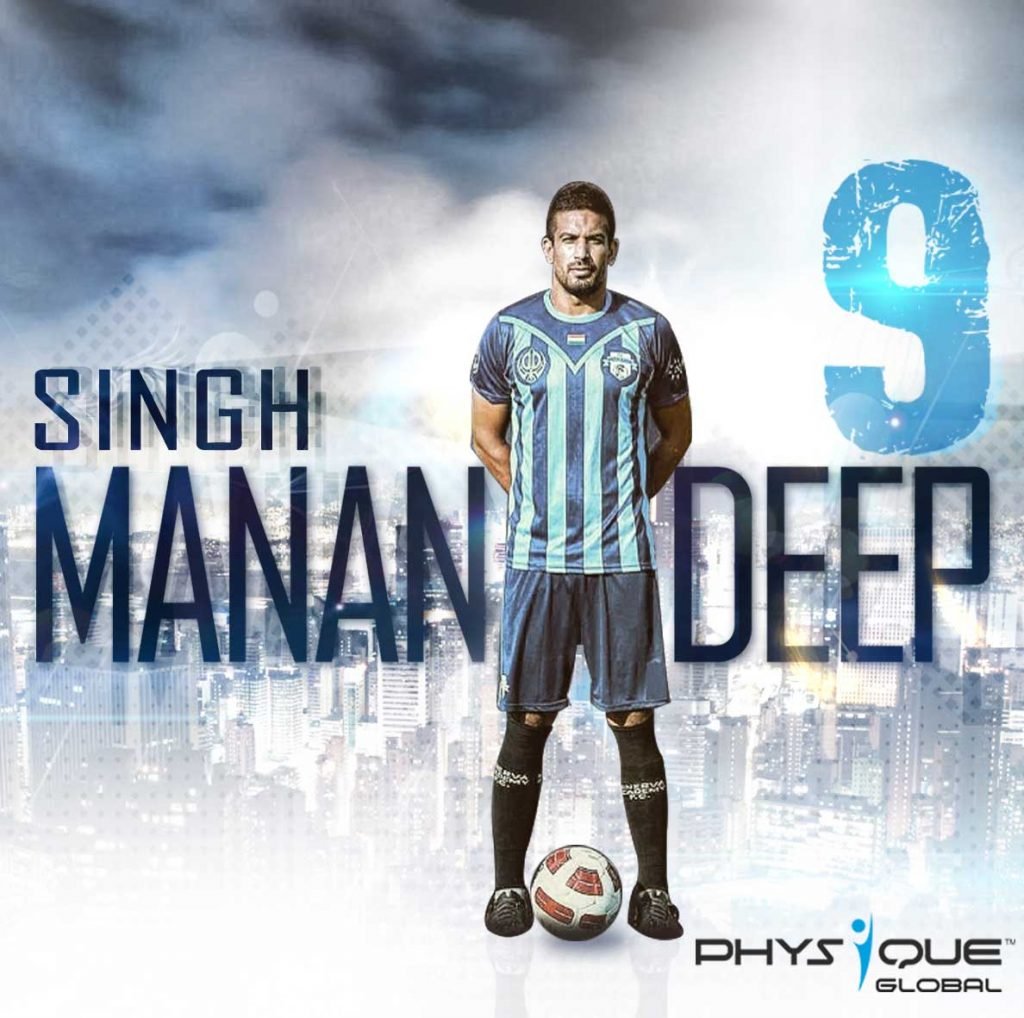 Manandeep Singh (born 3rd November 1992 in Hisar,Haryana) is an Indian Footballer who plays as a Striker for Indian Super League club Kerala Blasters.

A Strand in the overall DNA of Indian Football, Manandeep Singh has been one of the few players to represent India at U-15, U-16, U-19 and U-23 youth levels. The Lad from Hisar Haryana, started his professional career with Pailan Arrows, but burst into limelight with Air India, flaunting a 50% goal scoring rate and scoring 9 goals in 18 games. Prolific goal scoring tallies led Manan, a humble and honest person, to the highly acclaimed FPAI Young Players Award in 2012.Feats rarely matched, led Manan, to East Bengal, where he justified his grit and steele, scoring four goals, in Federation Cup Finals.A striker with a penchant for high octane goals, and ‘out of the world’ finishes, Manandeep has also played for the Indian National Team. A Gentle, Meek, honest and down to earth personality, Manan dons his exact opposite, a fighter-with a never say die attitude, hungry for balls, when it comes to on field performances.